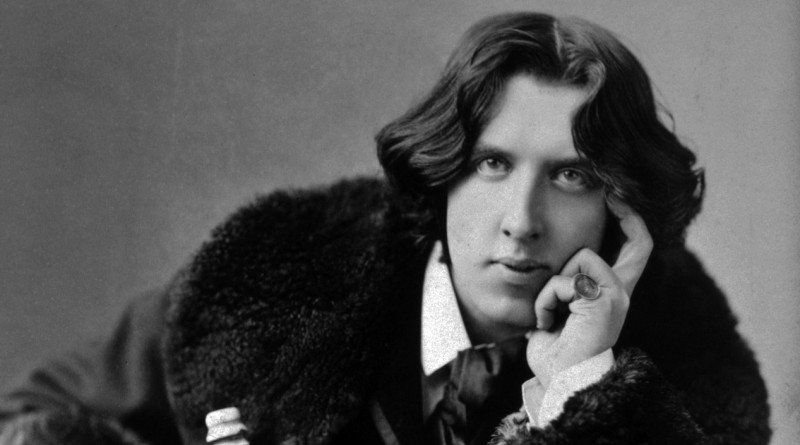 Oscar Wilde: Is it a Wilde Read?

Foreword: This is my first attempt at any critical literary writing and I hope you enjoy it! Given my medical background, I am taking inspiration from the copious number of medical articles I have to read with the structure of my reviews. Firstly I will give a background into the author, followed by a review of his books based off of story-line and writing style, and finally a summary about the pros and cons for all those ‘efficient’ readers out there.

Oscar Wilde: the man behind the books

“To live is the rarest thing in the world. Most people exist, that is all.”

Oscar Wilde was one of London’s most popular playwrights in the 1890s. Initially becoming renown as a proponent of the atheist movement of the late 19th century, Oscar quickly established himself as one of the best known personalities in London, with his flamboyancy and wit. Being at the centre of the social scene in London during his success, the reading of Wilde’s books gives a glimpse into the workings of London in the Victorian Era, as well as his contemptuous views on marriage during that period of time. Wilde is notorious for being a homosexual, which influences his writing like in the Picture of Dorian Gray, and his imprisonment due to this fact. The tone of his writing changes following his imprisonment, becoming more spiritual due to his experiences in incarceration. This is a stark contrast to his earlier works which definitely portray his hedonist beliefs. Wilde died in Paris a few years after his sentence was complete due to an infection at the age of 46.

The Picture of Dorian Gray

‘If a man is a gentleman he knows quite enough, if a man isn’t a gentleman, whatever he knows is bad for him’

Arguably the most famous of Wilde’s works, having had Hollywood latch its talons into it, the Picture of Dorian Gray tells a story about Dorian, a young noble of astonishingly good looks who has his dreams of eternal youth granted by locking his soul away into a portrait of himself. Other characters include the deviant, charmingly witty Lord Henry, who becomes fascinated in the innocent Dorian, and the gifted, virtuous artist Basil, who is tortured by his one-sided infatuation for Dorian. Taking inspiration from the old German tale of Faust, in which the protagonist exchanges his soul to the devil in return for unlimited knowledge, the story draws from the Gothic fiction that was extremely trendy at the time, similar to the tragic stories of Frankenstein and Dracula. Dorian battle with the morality and virtue that are prolific in Victorian culture vs the hedonistic lifestyle that his mentor Lord Henry promotes, assessing the pros and cons of both sides. Wilde creates this vividly vibrant world that the young aristocracy live in, showing the duplicity in the world they live, where public image and social standing force the upper class to live double lives. Wilde expresses an important ethical question using an idea from Plato’s Republic, in which Socrates states that if people could view the souls of immoral people, they would be corrupted and disfigured. Dorian’s portrait becomes more repulsive and twisted as he enjoys a life of decadence.

“I don’t want to be at the mercy of my emotions. I want to use them, to enjoy them, and to dominate them.”

The story line is somewhat engaging, it certainly doesn’t leave you struggling to read a single page as some literary classics can do; however, it doesn’t the “staying up all night” gripping story line that would make you both love and hate the book in your delirious sleep deprived state the next morning. The most enjoyable part was experiencing the style which Oscar Wilde writes in. He has such colourful, descriptive language. You get a real sense of how it must be to have a chat with someone like Wilde in the way he gets his characters to converse. The conversations between Lord Henry and Dorian, whilst layered with a strong homoerotic undertone, are full of intelligent and clever sentences, with terribly middle class comments are quite droll.

There was much criticism when this book came out, due to the homosexual/bisexual nature of the main characters. This obviously led to much controversy during the Victorian era, and gives you a higher appreciation of Wilde for going against the grain when writing this book. All in all, it is a pleasant read for it any holiday whilst lounging about by a pool, which is how I had the pleasure of appreciating it.

The Importance of Being Earnest

“Algernon: Why is it that at a bachelor’s establishment the servants invariably drink the champagne? I ask merely for information.

Lane: I attribute it to the superior quality of the wine, sir. I have often observed that in married households the champagne is rarely of a first-rate brand.

Algernon: Good heavens! Is marriage so demoralising as that? “

Lane: I believe it is a very pleasant state, sir. I have had very little experience of it myself up to the present. I have only been married once. That was in consequence of a misunderstanding between myself and a young person.

Hailed as the magnum opus of all of Wilde’s plays, the Importance of Being Earnest is a short comical play about two young gentlemen who create fictitious personae for themselves in order to escape burdensome social obligations. The consistent trivial bickering that occurs between the protagonists, Algernon and John, and the improbability of the situations that they create allow this book to remain comical throughout the book in a way that may not have you gasping-for-air but will definitely be worthy of a few chuckle and consistent chortles as the story progresses. A very easy read, especially as it is in play format and short enough that you could finish it in a day, this book is reminiscent of Much Ado about Nothing by Shakespeare. Wilde retains the reader’s attention by not laboriously painting the scene that the three acts of the book are set in, unlike some other authors, (*cough cough* Tolkien *cough cough*). This keeps you engaged with the story and how it will play out. Wilde continually makes a farce of high society customs and traditions throughout the play, giving his perpetual unfavourable views on marriage and social convention. The book is layered with sarcastic and witty comments that are the hallmark of Wilde’s earlier books and has that classic serendipitous endings commonly used in comical satires; as such the Importance of Being Earnest will leave you with a smile on your face by the end of the book.

So in short, Oscar Wilde is an infamously memorable man who tragically met a premature end due to his sexuality. His evident intelligence and sharp mind seems to ooze out in his writing, giving us a glimmer into society in the Victorian era and his opinions of that culture.

The Picture of Dorian Gray

Enjoyable book that takes an interesting idea and solidifies it with quirky conversations and memorable lines.

Importance of Being Earnest

Short but sweet book that will have you beaming in joy from the ridiculous storyline.

Medical Student studying at Imperial College in London, looking to make this world better one post at a time!