Kavanaugh’s trial feels like the beginning of a new era. #MeToo swept the world, people in positions of power were exposed, yet very few were legally sentenced (so far). Recently, Sweden managed to condemn a serial rapist, Jean-Claude Arnault, for the minimum possible sentence of two years imprisonment. Statute of limitations is the popular phrase being thrown around. Wives of the accused remain just that –  claiming innocence or ignorance of the partner’s behaviour. It makes #MeToo feel surreal, like a pipe dream on the precipice before realisation or rejection.

Things even looked rosy for Kavanaugh after Dr. Christine Blasey Ford: a respected, logical, gracious and successful (success being relevant as toxic masculinity’s most esteemed yardstick) Professor of Psychology at Stanford gave her moving testimony, risking her position and accepting the devastating consequences for her family. No-one would deny the truth of her allegation, how can an emotional, unreliable ‘woman’ be sure of her experience? Well:

“The same way that I’m sure that I’m talking to you right now, just basic memory functions, and also just the level of norepinephrine and epinephrine in the brain. That neurotransmitter encodes memories into the hippocampus, and so the trauma-related experience then is kind of locked there whereas other details kind of drift.”

Sure we can doctor our own memories, change them upon each recall, nevertheless statements like those and the following:

“Indelible in the hippocampus is the laughter, the uproarious laughter between the two, and their having fun at my expense”

Leave no doubt that she has a vivid memory of what has happened, in which she has “100%” belief of validity. Regardless of the details, this event happened and discussions questioning its validity, on the back of other allegations from other women, in the face of all the adversity Dr. Ford must face as a result strikes me as disingenious. Turns out, sexual assault is a crime, yet it took one lucky woman to viscerally bring home the significance of the accusations to senator Jeff Flake, who then followed his namesake and flaked his misogynistic fellow senators, managing to summon enough courage to suggest a FBI investigation. Pat on the back for Mr Flake.

It shouldn’t take one last second elevator pitch to represent the voices of women everywhere, this should be inherent in our structural biases, but of course it is not. Perhaps, if the FBI manage to charge Kavanaugh, we may have something tangible with which to move the movement forward. A lot is changing, but it needs to reach politics.

Two recent events in my own life made me think about how #MeToo has affected the immediate environment. There’s in your face misogyny and sexual prejudice, much like in your face racial prejudice, it’s easy to spot. A female friend received a slap on the ass from a stranger in a club, which lead to a confrontation with someone who looked every bit naive as his actions suggested. After I’d said my piece on why that’s not okay, the bouncer came to seperate us and I realised I would be removed from the club as well. But then something quite unfamiliar happened, after explaining concisely what had happened and a confirmation from the woman, the bouncer proceeded to remove the ‘man’ in question from the club – much to the consternation of his friend, and left us alone. This was perhaps the most surprising part of the situation. After giving a voice and confidence to thousands of women both in that fact alone and in its consequences, #MeToo has made tangible changes.

Another conversation with a friend about pick-up artists lead to the familiar sentence; “I don’t see what’s wrong [why it’s misogynistic], it’s still treating a woman as independent, capable of making her own decisions” which made me realise the similarities to the colourblind argument of racism which, as Reni Eddo-Lodge writes:

“…is tantamount to compulsory assimilation.”

We don’t live in a meritocracy, woman and ethnic minorities have no advantages from birth, whether in a familiar or wider social structure. It’s not okay to claim you’re not racist, you’re not sexist, as if society is past these things. There’s not only in your face prejudice; sexism and racism go beyond that – the adage “racism is prejudice plus power” comes to mind. Anything you do that does not take this into account, sees you further supporting this structural prejudice. But explaining this to a white male who has never considered it before, I can see it felt intangible to him with the result “yeah I get that, but still it’s hard to see, it’s too complex to think about”.

Kavanaugh’s case isn’t just about the misogynistic actions, it’s about the institutional biases trying to favour the poor white man who will “have his life destroyed” by questioning the victim. This case is the test of whether #MeToo made it into our politics. 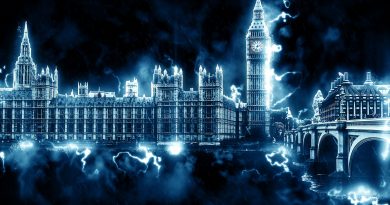 Post-factualism: Trump and Brexit. Is there a solution?